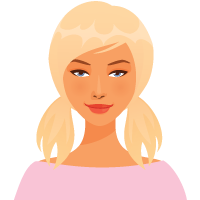 Termite baits are not cheap, and in an effort to save money, you may try to purchase just a few of them and put them in the areas where you've seen the most termites. But this approach rarely works. Termite colonies are vast, and it's really tough to predict exactly where the termites are traveling below ground. If you miss an area where they are prevalent when placing your baits, then you may as well have done nothing at all. It's worth spending a little more on baits at the onset since doing so will get rid of the termites faster and more effectively. Place baits every 10 feet around the entire perimeter of the home, whether or not you've actually seen any termites in a certain spot.

Mistake #2: Not pushing the bait cylinders all of the way down

Some people like to leave part of the bait cylinder exposed above ground so they can more easily tell where the baits are. But this causes a few problems. First, the bait may not be down deep enough for termites to find it. Second, water will get into the part of the bait that is exposed, potentially ruining the whole bait cylinder. Push the bait cylinder all of the way down. The only exposed part should be the flat ring on the top, which is designed to sit on top of the dirt.

Mistake #3: Not leaving a gap between the bait cylinder and the bottom of the hole

When you dig your termite bait cylinder holes, you do not want the cylinder to sit on the absolute bottom of the hole. You actually want to dig the hole a few inches deeper than the cylinder is long. This allows some water to collect below the bait, which will keep the bait just a little bit moist. Termites are far more attracted to a moist bait.

If you are able to avoid the mistakes when placing termite baits, you should see better and faster results. To learn more about termite bait systems, reach out to a local pest control service.